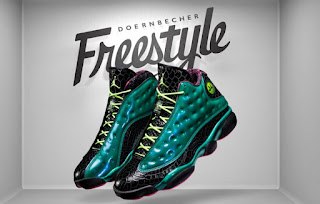 Here is a detailed look at the Air Jordan 13 Doernbecher By John Charles,John plays soccer, does gymnastics and wrestles. He can also raise one eyebrow. And, since his diagnosis of Crohn’s disease, he’s discovered that he can add “able to swallow seven pills at once” to his impressive list of talents. Designing his signature AIR JORDAN XIII RETRO was a chance for John to share his unique skills with the world. His sneaker features his soccer number, a cartoon kid with a raised brow and those seven pills to represent the medicine he takes to manage the disease.
However, as his sneaker goes to show, John’s life is much bigger than Crohn’s. His twin brother, Jonah, makes an appearance on the sockliner, as does his beloved German shepherd, Teagan, and an Egyptian pyramid. “If I could travel anywhere in the world, that’s where I’d want to go,” John explains. Even his favorite foods get a shout-out: Look closely at the lace tips, and you’ll see the words CHICKEN AND JO-JOS. John hopes to become a professional soccer player when he grows up. Until then, he plans to cheer on the Portland Timbers and take each day as it comes. He says his family is one of his most vital sources of support and motivation, but his dad, Tony, insists it’s the other way around. “John is such a strong kid, wise beyond his years,” Tony says. “The way he just quietly deals with whatever is handed to him is really inspiring.” One of the most powerful features of John’s sneaker is also the one that’s hardest to spot. Flip the shoe over and you’ll see the word “Crohn’s” on the outsole. “When I’m walking, I want to literally stomp out the disease with every step,” John declares. Right behind this statement, the words COURAGE, STRENGTH and FIGHT surround the midsole, backing John’s every stride against his illness. “I’ve come such a long way in the past year,” says John. “It hasn’t always been easy, but I just focus on the good stuff in life and that helps me stay happy. Throughout this experience, I’ve learned that you don’t know how strong you are until strong is the only choice.” 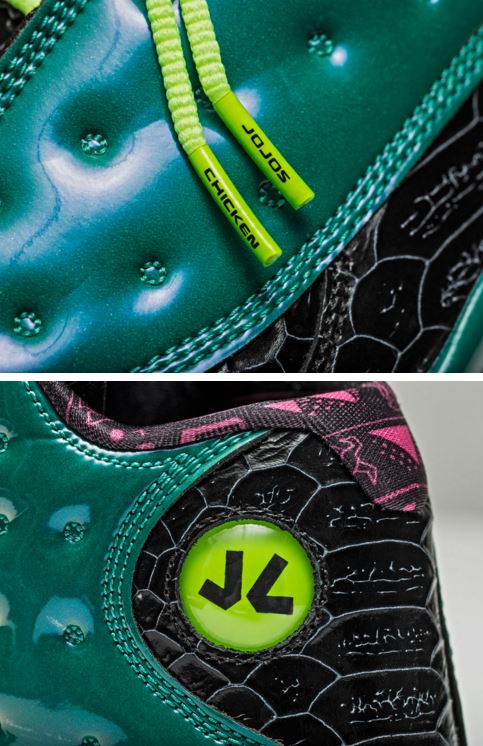 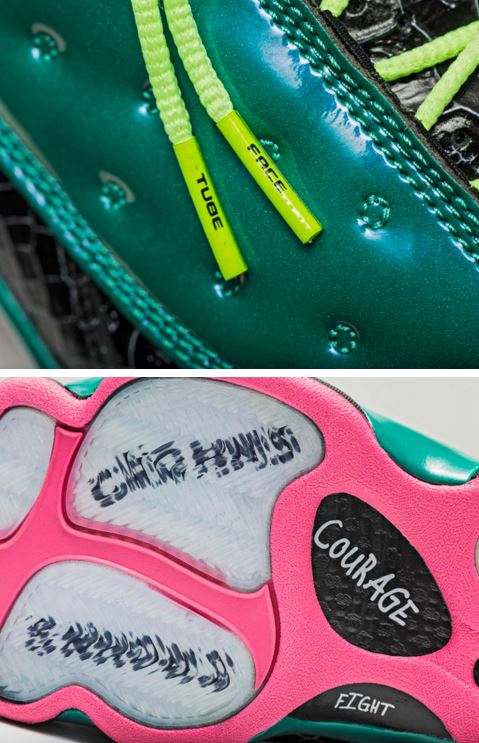 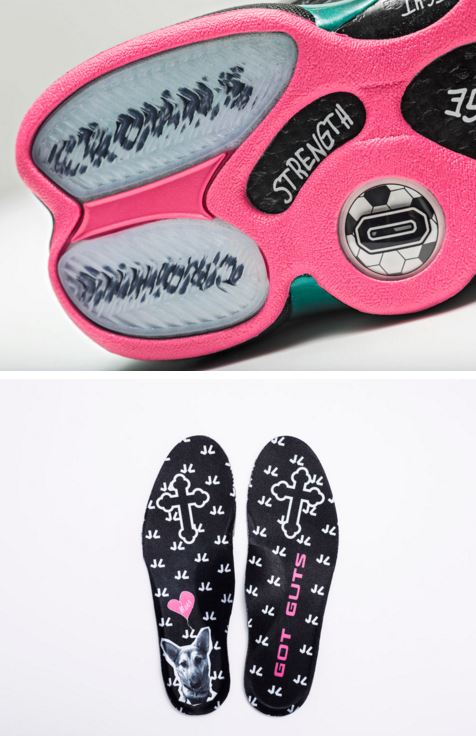 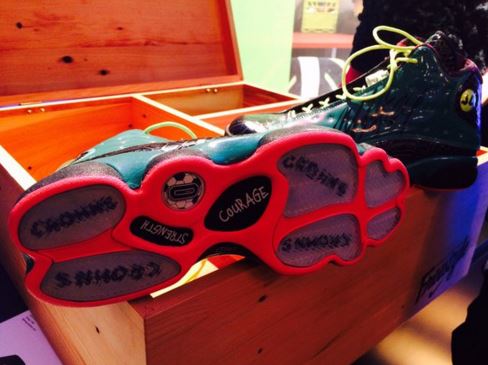 Very dope if you ask me! Details are 👍👍