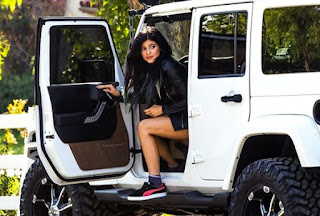 Kylie Jenner's Puma Deal Has Kanye West Very Upset as US Magazine reported and then Kanye West Spazzed out on twitter saying A LOT! Is Kanye becoming a little bit of a control freak or do you agree with his thoughts? Check out what he had to say after the jump............... 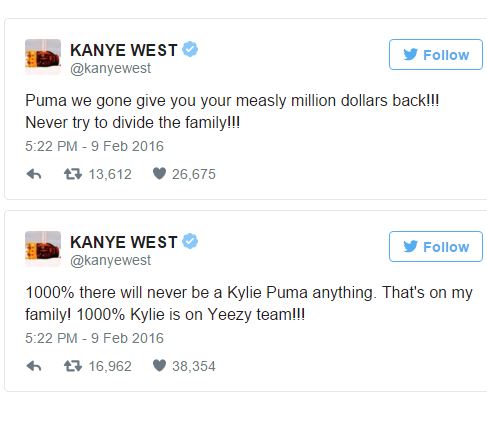 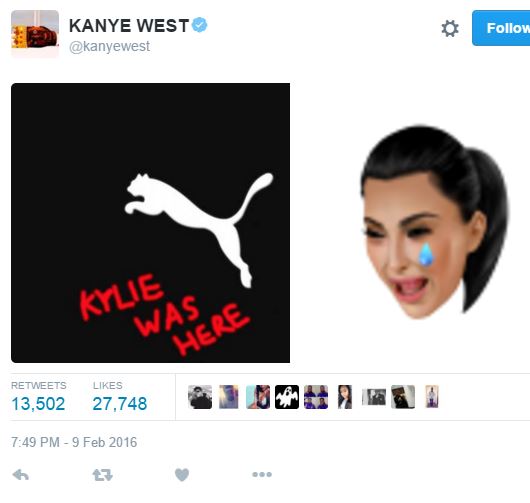 Puma we gone give you your measly million dollars back!!! Never try to divide the family!!!
— KANYE WEST (@kanyewest) February 9, 2016

Posted by ImAddictedToSneakers at 3:10 PM