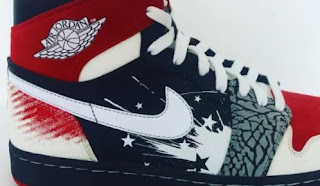 Here is a post via DW IG explaining the samples to his amazing Jordan 1 Project. 'Sample II. Designing with Jordan Brand was such an honour l'll never forget the day the template arrived a black cad file of the shoe outline. The possibilities were endless and infinite.
My ethos was to make something new that reflected the glory days of Jordan playing for the Bulls but also incorporated the movement and dynamism of my paint marks. The 3 final designs were sampled and this was the 2nd. Suede toebox white 3m and artist canvas formed some of the details, the elephant print touch was a must for me. Done to death yes, but still a hallowed pattern and had to be included.' 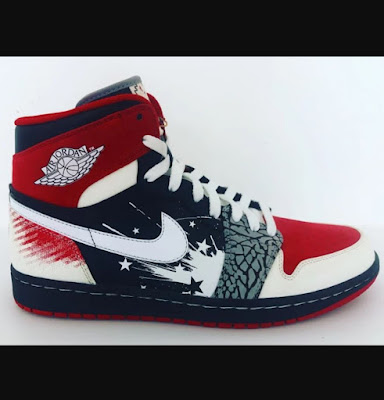 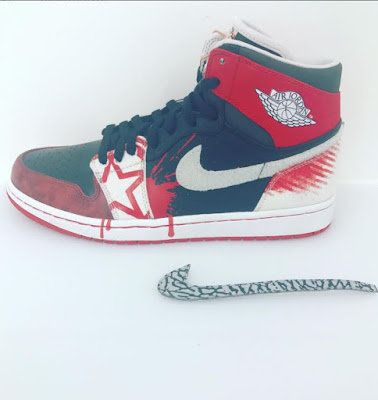 Sample III. The 3rd design that was sampled for the proposed Wings for the Future shoe was this one. Way back in 2011 even things like painting on midsoles was very new and technology had just come through enabling this. Long before it actually became a thing I wanted to include a pack of Velcro swooshes that you could attach based on hallowed patterns and materials. I proposed a speckle, safari, and here you can see the Elephant print version detached with the Velcro base visible.
Posted by ImAddictedToSneakers at 7:48 AM